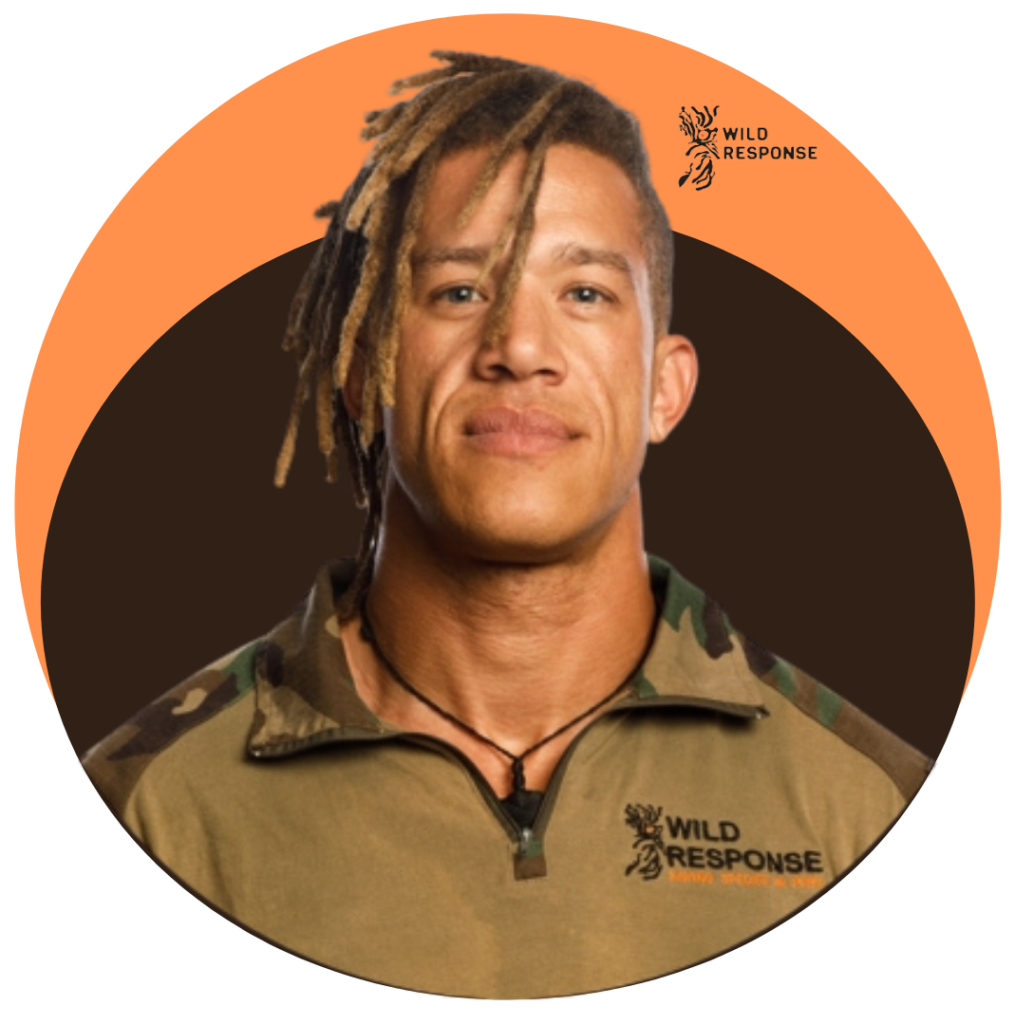 Born and raised in Hertfordshire, England, Kevin moved to the United States at sixteen-years-old where he obtained citizenship through his service with the U.S. Army. After serving eight tours of duty over eighteen years, including ten years as a ‘Green Beret’ in the U.S. Special Forces, Kevin retired due to his combat injuries and decided to devote his time to his childhood passion, wildlife conservation.

In 2016, with almost two decades of experience training foreign militaries and indigenous personnel in some of the world’s most dangerous and remote places, Kevin began training wildlife rangers on the frontlines of conservation in Africa. Next, he moved to Southeast Asia to support rainforest reforestation, Asian elephant rescue, and wildlife conservation projects. He also used this time to get closer to Asia’s illegal wildlife markets due to their role as global hubs for the illicit trade.

Kevin’s goal in life is to prevent endangered species from being pushed into extinction and to support Wildlife Rangers to the fullest extent possible. He wants to enable them to safely and effectively protect our planet’s remaining wild places and the incredible species that still reside within them.

By providing training and external resources to Wildlife Rangers in critical locations worldwide, Kevin plans to significantly impact their training’s effectiveness while providing the support and recognition they deserve. Kevin partners with governments, non-profits, and private entities to provide the most effective and informed training methods for each country and project location.

Kevin currently spends three-quarters of the year outside the United States, overseeing various Wild Responses projects – where he advises in wildlife conservation – and immerses himself in personal training through courses on conservation, non-profit management, and tactical skill progression.